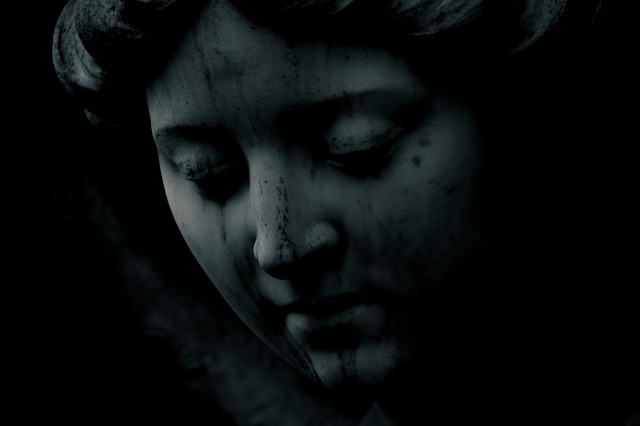 Today, mourning does not impose such strict restrictions and rules, like in the past. Above all, it requires modesty. On the day of the funeral, close relatives of the deceased wear black or dark clothes, and funeral participants avoid bright colors.

At the end of the ancien regime, the rules were strict. Madame de Genlis tells the story, that mourning her husband lasted “a year and six weeks, six months of wool, mourning the spouse for seven and a half months, and for six weeks mourning weeping. " Certain fabrics were inappropriate, other acceptable, and marriage could only be contracted, when the mourning period is over.

Until recently, the mourning period was strictly established. In France, it was one and a half years for a widow (in Poland, one year and six weeks), year for the widower. Then the mourning began (in Poland – after six months). During this period, gray and purple replaced black (or – in some countries – biel). These habits, however, are disappearing, as well as hemming garments with white string and black crepe bands, worn on the sleeve and on the hat.

Today, everyone can do what they want, and the only binding rule is the modesty of the dress. It is increasingly recognized, that mourning is in the heart. Although it's better not to participate in the boisterous games, boy, parties, you can seek relief, spotykając się z przyjaciółmi.’ Obecnie takie zachowanie nikogo już chyba nie razi.

Parties planned before the death of a loved one should be canceled. We warn our guests as soon as possible, best – by letter: Due to death (husband, mother, father…) we are forced to cancel the planned on 12 June party. " If the family celebration has not been canceled (engagement, wedding), it is celebrated modestly, in the company of loved ones.

In France, the type of card is usually printed, sometimes still framed in black, with thanks. It is sent to everyone, who showed help and compassion for the family, even if they couldn't attend the funeral. In Poland, thanks are sometimes sent, and sometimes, especially, if many people came to the funeral, they are printed in the press, e.g.: Everyone, who took part in the funeral ceremonies of S.P.. I submit Jan Kowalski(and) heartfelt thanks ".

If we send a printed thank you note to a friend, we can add a few cordial words. We write letters to friends. Today, black-edged paper is no longer used.