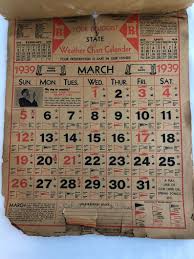 "Horse, what is the, everyone sees "- wrote Fr.. Benedykt Chmielowski in "New Athens", exposing oneself to the mockery of posterity. Not afraid to laugh, we can digest this term: time, what is the, everyone knows, although no one has yet defined its definition. Isaac Newton wrote in his "Principles": "Absolute, real and mathematical time, in itself and by its own nature, it flows evenly with no relation to anything external ".

Equally, they just speak of time in folk proverbs and adages: "Time does not stand still", "Time flies fast", “Time is running, like the clock on the tower ".

Modern philosophers, like Hans Vaihinger or Alfred North Whitehead, they are not so sure anymore. The first argued, that absolute time, just like absolute space, does not exist. Second, that exists, but not in isolation, spontaneously. There is no time without space, no space without time. On the other hand, Immanuel Kant saw time as a purely subjective product, so - delusion.

We live in time and space. It is known. Our Earth is one of the planets of the solar system, it orbits a fixed path around the sun. The solar system as a whole has its place in our galaxy, this in turn has its place in the universe, that is, reference points in relation to other galaxies or supergalaxies. And we would certainly feel a solid ground under our feet, if everything in the universe were fixed and permanent once and for all. It is not so. Even the Earth, which makes its way around the sun, there is no equal speed. Strictly speaking - it does not go around the sun, but (just like other planets) center of mass of the entire solar system. The sun itself is not in its center and also makes a complicated path towards this center. And regardless of this - along with the entire System - it moves in space with respect to the nearest stars around them towards the constellation Hercules.

Our, and Newtonian at the same time, the reality of time and space was most challenged by Albert Einstein. Time, which has so far been considered in physics and philosophy as ruthless, was relativized by him. Turned out, that there is more than one, but many times, and two phenomena can be together and at the same time (from a different point of view) not be simultaneous. The relativity of time is accompanied by the relativity of spatial relations. Distance A from B is not the same as distance B from A, if it is measured in two systems moving from one another in a uniform and straight line. Everything in the universe is in motion!

Such an example best proves the relativity of time. We board a photon-propelled rocket, so - into the vehicle, that will fly into space at the speed of light (i.e.. 300 000 km per second). We're flying to a planet in a star system 61 The swan, away from 11 light years. The journey will go on 22 patch. But here we come back and what it turns out? Our relatives and friends on Earth have aged Fr. 22 patch, a my… at all. There was a different time in outer space, and our earthly rule ceased to apply to us. We were in a different space and at a different time. So, how objectively (and not only subjectively) we would weigh less on the moon (as the first lunonauts found out), while on Saturn or Jupiter (if it was possible to land on their surface) we would weigh a little more…

"Every thing has its time," says the proverb, and it hits the nail on the head. The day on Earth is different, another on Mars, Venus or Pluto. And what about the immeasurable spaces in space, where there is virtually no reference to stars or their planetary systems?

And is the earth's time also the same??

Our time determines the motion of the Earth around the sun and about its axis. That's why we have a year, but also nights and days, physically felt course of daily time - hours, minutes, seconds. This time is different in different parts of the globe. The Warsaw time is different, another New York City. The USSR has as many as 11 time zones. When it is an hour in Moscow 13, in Anadyra - in the far eastern part of the Land of Soviets - it is already here 23. When it's Sunday hour in Warsaw 12, in New York, Lima and Panama - 6 morning, and in Honolulu the clocks strike 24, that is, ending Saturday..

Everyone knows, what is time. - We have a deep sense of it, and it is "from the beginning of the world". We know (more or less) when the earth was formed and we know the course of events, what happened in the next stages of its history. We are talking about it, what was, is and will be. Our language uses the concepts of time flawlessly. Our sense of time and its flow is so realistic, we know even that, that we will pass away.

We also know the value of time. "Time is money," we say. But it's not only about its material value. Time as a unit is strictly defined. The average life expectancy of people is rather small: in our civilization circle it is only 68-74 years old. However, time plays a huge role in social life. Our whole life is woven into the rhythm of the years, months, weeks, days, hours, minutes, even seconds and fractions of a second.

Strictly according to the appointed time, performances in theaters and screenings in cinemas begin, radio and television programs. We start and finish work at strictly defined hours, we meet up with friends. Everybody, Whether you like it or not, we are related to the calendar, we are actually his slaves, although we invented it to make our lives easier, ensuring law and order. We are subject to time from birth to death.

The "Little Universal Encyclopedia" PWN defines time as a "primary concept". Together with space, it creates space-time, in which physical phenomena take place. The position of the Sun in the sky has been a practical measure for a long time. People instinctively guessed the great truth of nature: idolizing the sun, they were aware, that he is not only the giver of life on Earth, but it defines us in time and space.

The same encyclopedia introduces further terms: real solar time and mean solar time, a nawet… universal time. Yet there is still a time of ephemeris, sidereal time, zone and local time, and even time… port!

Not understanding the essence of time, we observe the changes, that are happening around us, we observe the movement. The value of time is measured by the amount of movement available to our senses and our measuring instruments, constituting their improvement. Watches and cards tell us about the passing of time calendar.

The concept of time has accompanied mankind from the beginning of civilization. There is no and there has been no community, which would not be subject to time - its influence and rhythm. It is already visible in the oldest myths and terms, which man has made. But although man did not make up the time, saw it and began to measure. It was a great discovery. For time determines us not only individually, it also defines our planet and its place in the universe. It is a form of movement…